Got a cooking question? 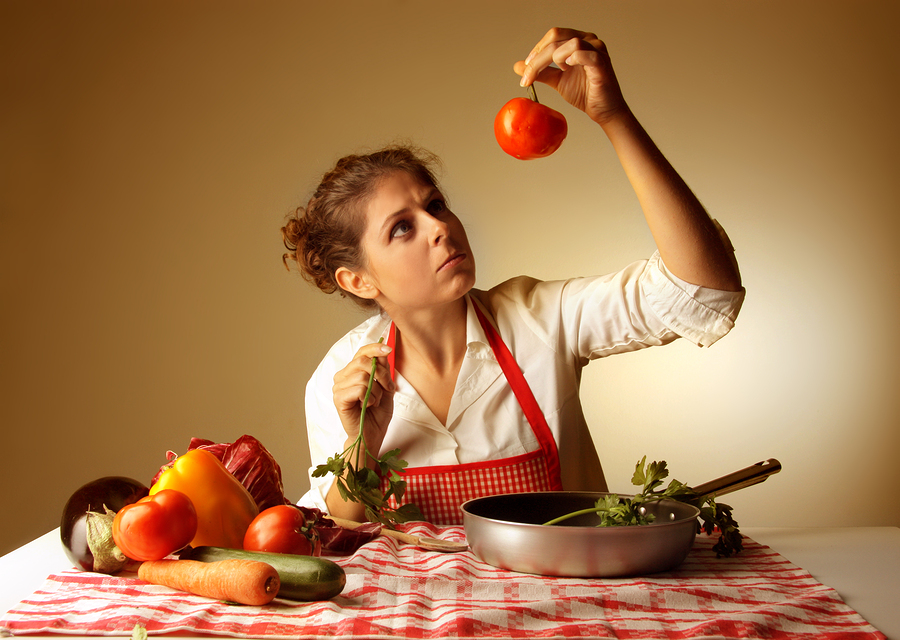 Post your questions here and I'll do some research and get you an answer!
Posted by Chef JoAnna at 8:01 AM No comments: Links to this post

tonight's dinner turned out pretty. baked radiatore with fresh mozzarella and home grown basil. via http://j.mp/2dGNDFR
Posted by Chef JoAnna at 7:44 PM No comments: Links to this post

Back , due to popular demand!

I've had a few people asking me lately about my blog lately...

"Why don't you update your blog anymore?

"Do you still post photos of your food online?"

So, okay, I've been a slacker. Let's just say I've taken a break from blogging, but I aim to remedy the situation, so I'll be posting on this blog more in the future.

What, dear reader, are you most interested in seeing?
Let me know - just leave me a comment and I'll include your feedback as I plan out my posts.  I look forward from hearing from you!

Posted by Chef JoAnna at 4:05 PM No comments: Links to this post

I think it's safe to say that most Italian girls who grew up in Chicago aren't known for their fried chicken, cornbread or slow-cooked greens. Even in culinary school, we only spent a few weeks of our American Regional Cuisine class on "The South", but since moving to Tennessee I've immersed myself in local foods and learning how to prepare them correctly. My cornbread recipe used to come from the side of the cardboard canister the cornmeal came in, and was baked in a 8x8 pyrex baking dish. I've since found an all-corn recipe that asks for bacon grease, not butter, and tweaked it a little. I grind local popcorn into a fine cornmeal with my NutriMill. I add buttermilk instead of water, and I don't include sugar. It's baked in a pre-heated cast-iron pan, for exactly 17 minutes, and comes out perfectly every time. This is not the light & fluffy cake-like cornbread at Cracker Barrel, but one of the contractors who worked on our house grew up around here, and he said my cornbread was as good as his mom's. That's good enough for me!

I recently received Sara Foster's Southern Kitchen cookbook. Her cornbread recipe includes both all-purpose flour and sugar. I've yet to make Foster's version, since I'm still recovering from Sunday's carb-loaded Chicken-and-Waffles extravaganza (I made cornbread to sop up the pot likker from the collard greens - YUM!)

As someone who cooks professionally, I really treat cookbooks like textbooks. The first thing i do is skip through to the back. The introductions are often hackneyed and full of trite old saws like "everything but the squeal" (yeah, really). The recipes themselves will prove themselves out eventually, as you try them. What you find when you turn to the last few pages of a cookbook are the things your author deems necessary for reference as you work. This information tells you a lot about the attitude and spirit of a cookbook.

Foster includes a section called "Must-Haves", which mentions covered casserole dishes, a cake stand and a deviled-egg plate. She writes "It may not seem like it today, but for Southern ladies of my mother's generation, for whom entertaining was paramount, serving dishes like this really do qualify as essential kitchen equipment. I agree that presentation is important, and I do confess to owning two deviled-egg serving dishes of my own (I cater, so I own at least two of everything, no matter what!) so I guess that if you are trying to emulate a proper Southern food experience, get yourself to a church rummage sale and get your hands on a deviled-egg dish.

"Pantry Essentials" lists two dozen ingredients that can southernize any meal, and nine of them derive from pork. I wonder, though -- don't most food-obsessed people keep a jar for bacon grease to use in other recipes? I wouldn't have thought of of that as a 'Southern thing'!

Another surprise was she didn't include smoked hog jowl, which I include in beans, greens and whatever else needs a meaty unctuous layer of flavor. If you go nuts over Italian guanicale, consider smoked jowl its country cousin: a touch less refined but still very pleasant company to keep.

Among the non-porcine essentials are Sorghum, Pecans, and the ubiquitous Pepper Vinegar which is, in fact, so ubiquitous that Foster also uses "ubiquitous" in its description. There are several recipes included in the book for most of the condiments she lists, so you can try your hand at making your own chow-chow and pimiento cheese.

If you're not a cooking-type foodie, but the gourmand-type foodie that reads a cookbook as prose instead of an instruction manual you might be interested in the section called "Sources". As you're reading this online, you've certainly conquered the world-wide-web, so even if you're on dialup, you can easily find local vendors that can sell you boudin, sorghum and grits. If you are lazy or woefully inept at research, Foster provides a list of companies willing to package & ship their delicacies to your home, should you find yourself in the unlucky predicament that your home isn't here in the South.

Now on to the recipes. As I mentioned above, many of them seem sound at first glance. The photos are positively lickable, and since I'm typing this at half past noon and I've not yet had lunch, it's a bit of a struggle to keep from doing exactly that.

Here's what's on my must-make list:
I would have been thrilled to try the recipe Foster includes for guinea hen, had any of the 21 keets I tried to raise stuck around long enough to harvest, but they flew off and became wild. I guess I'll have to be content with a store-bought guinea for my plate, and cherish the times when my prodigal keets wander back to visit the pond for a drink.

Posted by Chef JoAnna at 11:43 AM No comments: Links to this post

2 ounces salt pork or pork jowl, cut into 1/4" x 1/4" x 1" strips
Place a 6 qt stock pot or Dutch oven over medium heat.
Fry the salt pork for a few minutes to release fat & liquid.
The pork bits are called "lardons". Remove & reserve.
3 pork chops (bone in preferred!)
sear chops on both sides. allow to cool. Remove bones & reserve bones & meat.
1 large onion, large dice (3/4 inch)
2 ribs celery, diced
2 large carrots, diced
add, saute until onion is translucent
2 cloves garlic
add, stir in well, don't let it get too dark
2 large bunches of collard greens, well-washed, shredded* (or 2 bags chopped, pre-washed)
stir in chopped greens, until wilted
3-4 quarts fresh water
1 teaspoon salt
1 teaspoon fresh thyme (or 1/2 teaspoon dried)
add just enough water to cover the contents of the pot.
Add half of the lardons.
Also add the bones from the pork chops, if there were any.
Bring to a boil, reduce heat to medium-low, and simmer for at least 30 minutes. The amount of time will vary with how young & tender the greens were to start with.
Test for doneness of greens - they should be very tender!
1 (15 ounce) can navy beans, drained, rinsed **
Remove bones from the soup
Dice the reserved pork chops, and add to the soup.
Stir in beans, and heat through, approx 5 more minutes.

Ladle the soup into bowls, sprinkle a few crispy lardons on top, and a drizzle of 3-2-1 sauce. Serve with crusty bread or fresh cornbread.

* lay out leaves flat, use a knife to cut out ribs, then arrange into layers. Roll up into a huge cigar shape, and cut cigar lengthwise down the middle. Stack the two sides and slice into 1/2" strips.

** of course you can soak and simmer your own dried beans, but I'd be so proud of you if you made soup in the first place I can forgive you for opening a can of prepared beans. <3 Technorati Tags: Chef JoAnna is a classically trained chef and Food Blogger who's starting Mockingbird Acres a Bed & Bistro in Prospect, TN (In Giles County)
Posted by Chef JoAnna at 6:02 PM 1 comment: Links to this post

Chef JoAnna
Hello! My name is JoAnna, and I'm a professional chef. My specialty is SENSEational Team Building and Private Cooking Lessons. I accept clients from Chattanooga, TN to Nashville, TN to Huntsville, AL and everywhere in between.

If you have any questions, please let me know! If there's something you've considered purchasing, you can make a request for a demonstration on how to use it.

If you are a manufacturer or seller of kitchen tools, appliances, books, or gadgets that you'd like me to review on this blog, please get in touch!

You can also purchase the tools I've reviewed right from my sister site:
http://CuisineConnection.com